This fiscal year was expected to be the first in which the U.S. Navy dipped into a “trough” in its submarine force, falling below the previous requirement for 48 attack subs and facing two decades of reduced numbers, with as few as 41 at times.

Instead, the Navy is holding steady at 50 and plans to only grow the fleet, thanks to efforts to extend the lives of many aging Los Angeles-class SSNs by about three years each and to refuel five of them altogether for additional years of operations.

Still, the remaining 27 Los Angeles boats will retire by the mid-2030s, putting pressure on the industrial base to continue building at least two Virginia-class attack subs a year, if not more, as the Navy looks to grow the size of its submarine force to its new requirement of 66 to 72 SSNs.

“We are currently forecast to sustain a force of 50 SSNs throughout this decade, and that’s almost a 20% improvement over previous assessments,” Rear Adm. Doug Perry, the director of undersea warfare on the chief of naval operations’ staff (OPNAV N97), said in November at the Naval Submarine League annual conference. 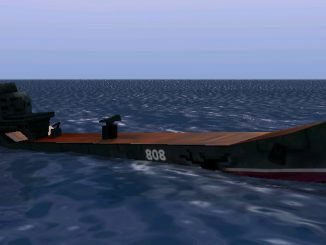