One of the Navy’s prized Seawolf class nuclear fast-attack submarines, the USS Connecticut (SSN-22), slammed into a “submerged object” on Oct. 2, 2021. After it was clear that the submarine was stable and its reactor was safe to operate, it limped from the South China Sea, where the collision reportedly occurred, back to the sprawling U.S. naval facility in Guam, where the damage would be assessed and the accident investigated. The Navy has remained very tight-lipped about what it thinks Connecticut collided with, or if it has any idea what it was at all. You can read about some of the possibilities here. As of today, no pictures of the stricken submarine have surfaced, which is somewhat remarkable, although there have been plenty of misrepresented images floating around social media that claim to show the damage. Now, The War Zone has obtained satellite imagery that shows Connecticut tied up to the pier in Guam — the first public image of the submarine since the incident.

The high-resolution satellite imagery was taken on Oct. 20, 2021. It shows two submarines in port in Guam. One, which is moored on the western pier near the submarine tender USS Emory S. Land (AS-39), appears to be undergoing some maintenance. The white tarp-like object on its bow is not an uncommon sight for submarines in port. While it is tough to tell, compared to the other submarine moored direct across the harbor to the east, its beam looks smaller and it does not appear to have a pumpjet propulsion system. These factors, and its general shape, indicate that this is most likely an improved Los Angeles class (688i) boat. The Seawolf class, with its 40-foot beam, is wider than America’s other two fast-attack submarines — the Los Angeles class being 34 feet wide and the Virginia class being 36 feet wide. Also, this submarine features a pumpjet instead of a propeller. The Virginia class also is also equipped with a pumpjet. 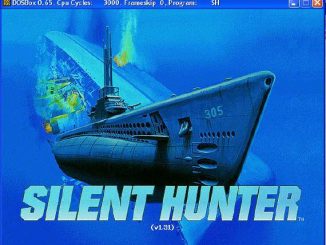